Projects in health promotion and prevention are never carried out in isolation. A project’s development may be influenced by legal, political, social, economic and cultural factors as well as by other stakeholders, sometimes to the point that the project cannot go ahead as planned. Target groups, too, have an important influence on the development of a project, especially if there is a high level of participation. Testing new approaches or attempting a project in a new context also involves substantial uncertainty. Projects are thus exposed to external factors that are sometimes unfavorable and can hinder a project’s smooth development. Other unforeseeable events such as changes in the project team may also influence a project’s advancement. 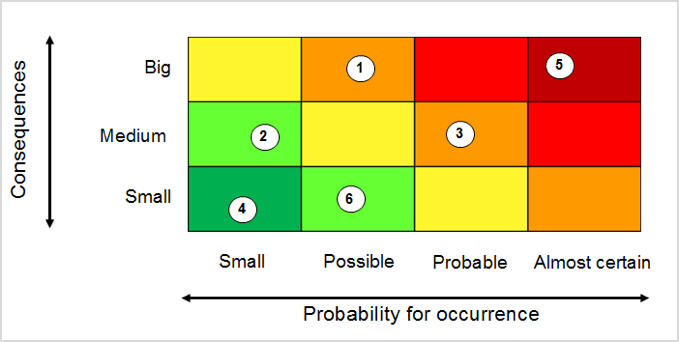 Such potential obstacles can be identified, described and assessed with a risk analysis, and risk reduction or avoidance measures can be planned accordingly. The risk analysis proposed here has been formulated for projects but is also applicable for programs or in organizations. Ideally, the risk analysis is first carried out individually by each team member (and perhaps other stakeholders), then compared and discussed in a team meeting and finally summarized in consolidated form.